The resident association of LIC Colony, Canara Bank and GH Layout had two days ago organised a Rangoli competition for women.
The event was held at the BMP ground adjacent to the BBMP Office in LIC Colony and which is located just off the beautiful LIC Colony park.
The competition was open for residents of  the LIC Colony, Canara Bank Layout and GH Layout in Jayanagar 3rd Block, Bangalore. This was one among the many contests organised for women. The competition drew several women and the Rangoli was drawn on the concrete floor of the BBMP playground.
As we all know, Rangoli is a daily ritual among Hindu households and it is drawn in front of the house early morning. The Rangoli has religious significance and it is called by different names in different regions and different states of .
Rangoli is a floor art and it is drawn on festive occasions and in front of Kalyana Mantapas, temples and venues where religious events are being organised. There are several books on Rangoli.
While Rangoli is generally drawn with white chalk powder every day, it is given a hue of colours on festive occasions and in competitions.
Here are some images of the beautifully drawn Rangoli. 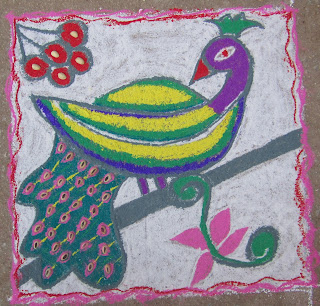 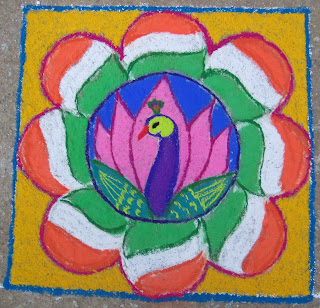 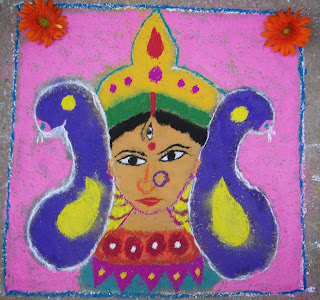 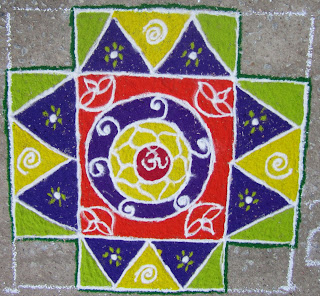 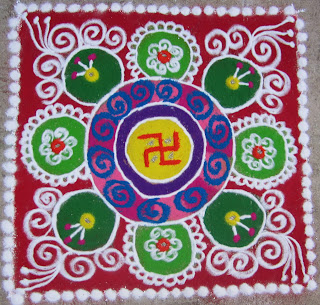 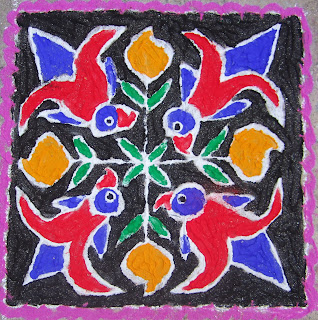 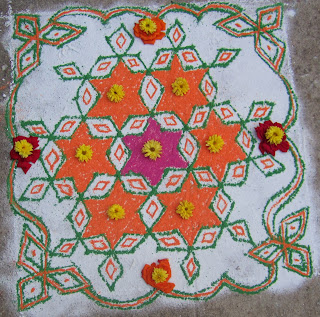 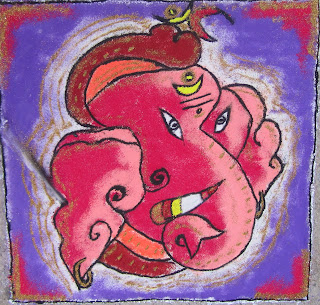 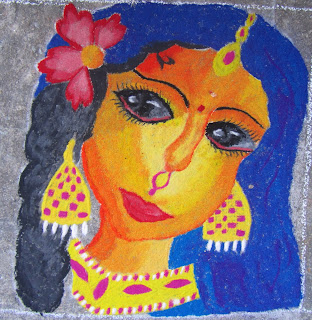 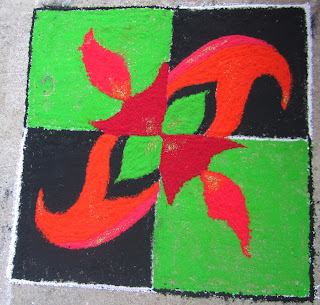 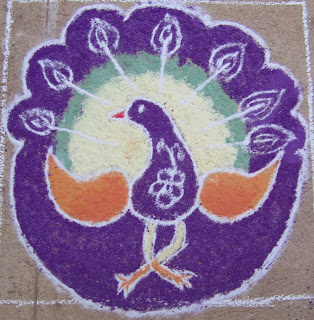 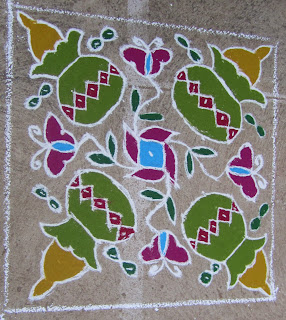 Posted by Samyuktha Harshitha at 01:08

Samyuktha Harshitha
Bangalore, Karnataka, India
This is a post on Madhwa religion, philosophy, saints and their works. There is also a blog on Bangalore and Raghavendra Swamy.

Welcome. This is a new blog on Bangalore, its people, history and events. Please look it up.